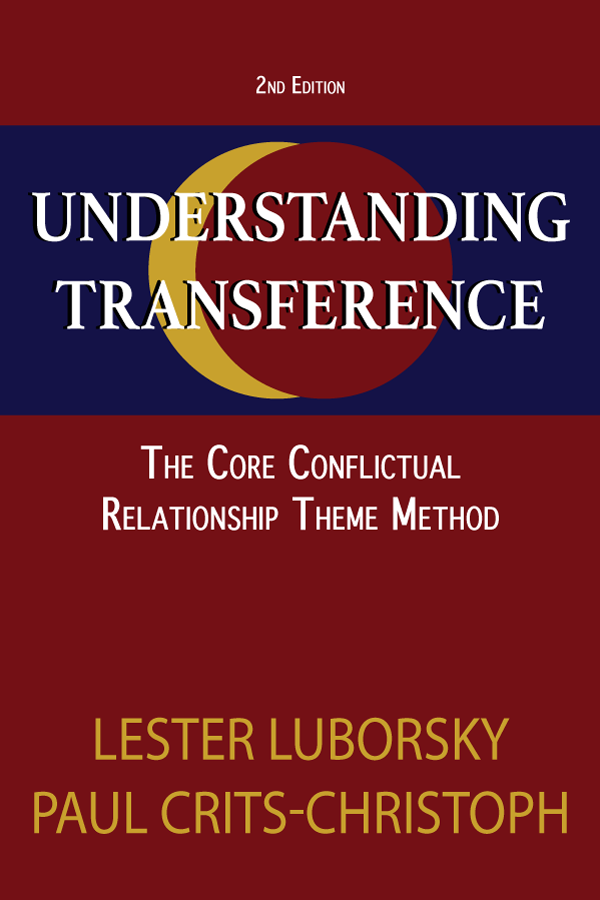 In their classic volume Understanding Transference: The Core Conflictual Relationship Theme Method, Luborsky and Crits-Christoph provided the first concrete validation of Freud’s observations about transference. Using Lester Luborsky’s much-acclaimed Core Conflictual Relationship Theme (CCRT) method, they demonstrated how to measure reliably the recurring patterns in patients’ central relationship and how to explore such patters within psychodynamic psychotherapy and other talking therapies. This new edition is a valuable update for the many clinicians and researchers who use the CCRT method—the best empirical measure of transference in existence—and why it continues to be the instrument of choice for researchers and clinicians alike.

All of the chapters in this volume have been revised and updated, and six are entirely new. In Part I, the authors provide a survey of the basics of the CCRT method, including its history, scoring, standard categories, and detailed illustrations of the CCRT scoring of patient narratives. The Relationship Anecdotes Paradigm, a versatile new method for obtaining narratives told on request, is described in Chapter 7. The authors delve deeper into the multiple facets of the CCRT in Part II, where they explore nine directions to find the meaning of the CCRT measure. Also included in this section is a newly expanded study of the parallel of the CCRT within waking and dream narratives. There are also two new explorations of the consistency of the CCRT across time—from age 3 to age 5, and from before psychotherapy to during psychotherapy. In Part III, the book turns to more clinical applications of the CCRT method, including the everyday uses of the CCRT in practice. In the books integrative conclusion, the authors reflect on the convergence of many CCRT findings with Freud’s observations about transference and a set of prescriptions for the continued healthy growth of the CCRT method.