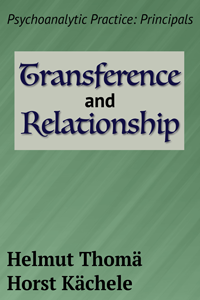 Demonstrate the dependence of transference phenomena, including resistance, on the analytic situation and its shaping by the analyst — starting with the appearance of his office and continuing with his behavior, his sex, his countertransference his personal equation, his theory, his image of man, his weltanschauung, etc. Thus, we will be testing the principal thesis of this book on the central core of psychoanalysis — transference and resistance — and investigating the extent of the analyst’s influence on the phenomena which are traditionally ascribed solely to the patient. (40 pgs)