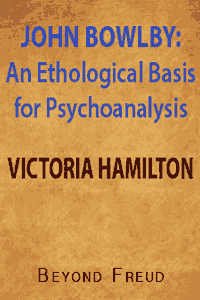 The work of an original thinker oftens calls to mind a key idea: Darwin’s “survival of the fittest,” Einstein’s “relativity,” or Freud and “sexuality.” We associate John Bowlby with his lifelong study of the crucial role played by attachment and its corollorary, loss, in human development. He has assembled his major work in three volumes entitled Attachment (1969), Separation (1973), and Loss (1980). Bowlby’s ‘Attachment Theory,’ together with the view of separation and mourning that it incorporates, is as novel to the study of human relationships as Darwin’s theory was to the study of evolution. Yet Bowlby’s work is based upon and reflects the most obvious features of everyday life.