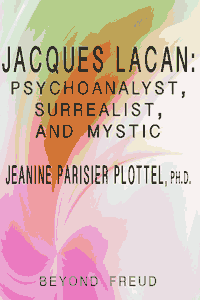 Jacques Lacan’s contribution to psychoanalytic theory and practice is and has been the subject of intense controversy. The quarrels between various factions of both enemies and disciples, the counterculture quality of his teachings, and the political implications of some of his positions have cast shadows on a correct appraisal of his work. The notoriety that came to Lacan in old age, his links with linguistics and structuralism, and his role as trend setter of the Paris intelligentsia have obscured his significant legacy to French psychoanalysis, psychiatry, and neurology. Although many facets of Lacan’s approach to psychoanalysis may seem heretical, in fact, its archaeology, in the sense of Michel Foucault leads to the nineteenth century French tradition of psychiatry and neurology–to Jean-Martin Charcot and other French masters of Freud. Indeed, when considering Lacan’s evolution, it is important to remember that this very same tradition was one of the catalysts in Freud’s development that led to the creation of psychoanalysis.