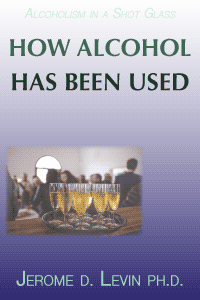 How Alcohol Has Been Used

Almost every culture has discovered the use of beverage alcohol. Since any sweet fluid will soon ferment when exposed to the yeast spores omnipresent in the air, spontaneous fermentation must have been a common occurrence. One might say that prehistoric peoples discovered alcohol early and often. Apparently, when they tasted the beers and wines produced by serendipity, they liked them. At any rate what was once produced by accident was soon produced intentionally, and the production of alcoholic beverages became one of humanity’s earliest technological achievements.