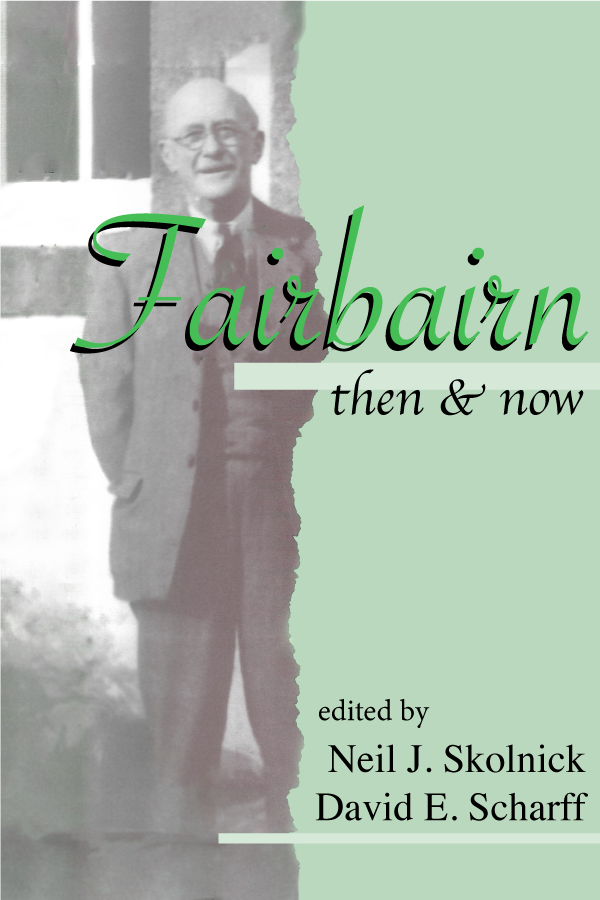 Fairbairn, Then and Now

W.R.D. Fairbairn was both a precursor and an architect of revolutionary changes in psychoanalysis. Through a handful of tightly reasoned papers written in the 1940s and 1950s, Fairbairn emerged as an incisive, albeit relatively obscure, voice in the wilderness, at considerable remove from mainstream Freudian and Kleinian psychoanalysis. But in the 1970s Harry Guntrip made Fairbairn’s thinking more accessible to a wide readership, and Fairbairn’s object relations theory, with its innovative theoretical and clinical concepts, was at the center of the turn toward relational thinking that swept psychoanalysis in the 1980s and 1990s.

Fairbairn, Then and Now is a landmark volume, because a thorough grasp of Fairbairn’s contribution is crucial to any understanding of what is taking place within psychoanalysis today. And Fairbairn’s work remains a treasure trove of rich insights into the problems and issues in theory and clinical practice with which analysts and therapists are struggling today.

This is particularly propitious time for renewed focus on Fairbairn’s contribution. A wealth of previously unpublished material has recently emerged, and the implications of Fairbairn’s ideas for current developments in trauma, dissociation, infant research, self theory, field therapy, and couple and family therapy are becoming increasingly clear. The conference that stimulated the contributions to this volume by internationally eminent Fairbairn clinicians and scholars was a historically important event, and Fairbairn, Then and Now makes the intellectual ferment generated  by this event available to all interested readers.

2 comments on “Fairbairn, Then and Now”