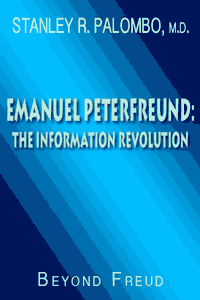 Peterfreund’s Information, Systems, and Psychoanalysis posed a new and unusual challenge to traditional psychoanalytic beliefs. It raised many of the basic questions that must be answered if psychoanalysis is to maintain its position at the forefront of scientific thought. In his preface to Information, Systems, and Psychoanalysis, Rubinstein states: “We are here on an adventurous journey, into what, from the viewpoint of most analysts, must appear as strange and exotic territory. But it is a journey that must be undertaken. The alternative is a standstill, as a consequence of which current metapsychology will most likely become increasingly alienated from science generally and hence scientifically irrelevant.”