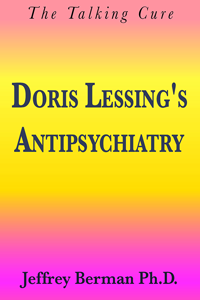 Doris Lessing has established herself as the most eloquent voice in the antipsychiatry movement. Her characters are particularly vulnerable to mental breakdowns, and they embark upon odysseys that lead them to the doorstep of psychiatry and, if they are lucky, beyond. They are endlessly medicated, tranquilized, psychoanalyzed, and institutionalized. The unfortunate characters, dependent upon conventional psychiatrists, lose their minds and become burned out shells, victims of what Lessing calls a Dark Age approach to mental illness. Along with the condemnation of psychiatry is the belief that characters need never have been ill, that their illnesses were in fact caused by psychiatry and modern science.(81 pp.)