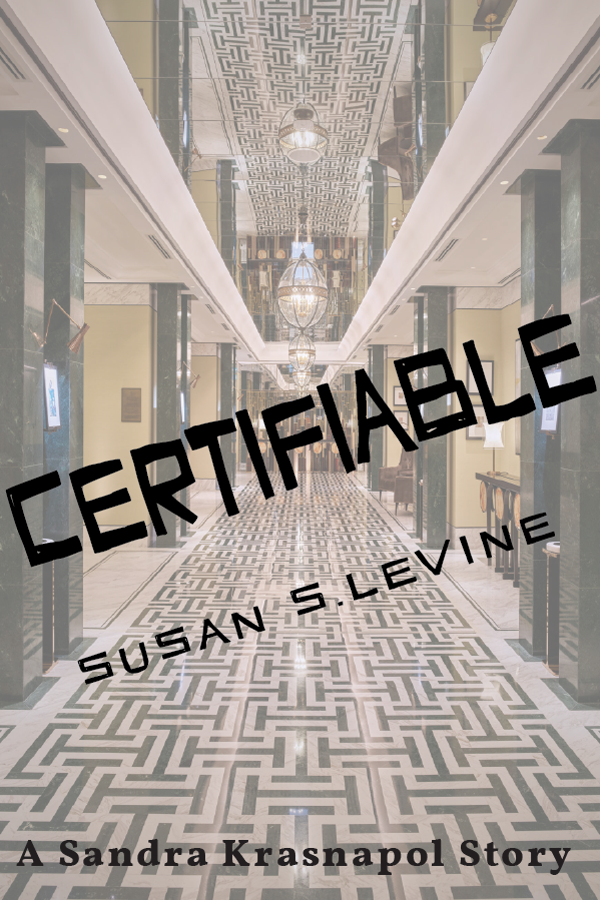 Susan Levine’s short story “Certifiable” features her fictional character, psychoanalyst Sandra Krasnapol as she navigates the certification process through her analytic training institute to attain the rank of supervising analyst. Sandra knows she’s qualified, her mentors are in full support, but can Sandra convince the committee?

“Susan Levine engagingly extends the professional applicability of Nabokov’s incisive reflection about the difference between the rapist and therapist being the space between. With pulsating detail, Levine has us follow the long drawn-out ordeal of Sandra, a brilliant analyst, as she applies for qualification as a supervisor. Initially two rather benighted and disarticulate male examiners subject her to the SIRtification process, which in turn is scandalously reviewed by a number of spaced-out supervisors. It’s as if, with the spin of the kaleidoscopic wheel, patients and supervisors appear as one in the happenstance of their couched idiom. Many years later, truth wins out, the board of examiners itself is legally decertified, and Sandra is duly promoted, though still scarred by her encounter with the ins and outs of professional lie-cense.”